On Friday 3rd February we were learning how to be tolerant of each other in the diverse world that we live in.

As part of our multi-faith curriculum, each year group had the pleasure of taking part in a Sikhism workshop. We learned how Guru Nanak founded the Sikh religion in 1469.  We have also learned about Sikh customs and traditions.

In Reception we listened to the story ‘The crayon box that talked’ by Shane Derolf. A story about a box of crayons, which were very unkind to each other… “I don’t like green” said red. At the end of the story the crayons realised that they needed each other to create a perfect picture. Just like we need each other to make our classroom a wonderful place. We coloured our own crayons and took ‘selfies’ for display. We discussed how to be kind to each other and how to work as a team!

We learned what the word compliment meant and we spent time giving each other compliments for the rest of the day.

We drew our partner and wrote a sentence about what we liked about them.

In Year One we learned about similarities and differences between people. We created collage artwork of ourselves and our friends using cut up pictures. 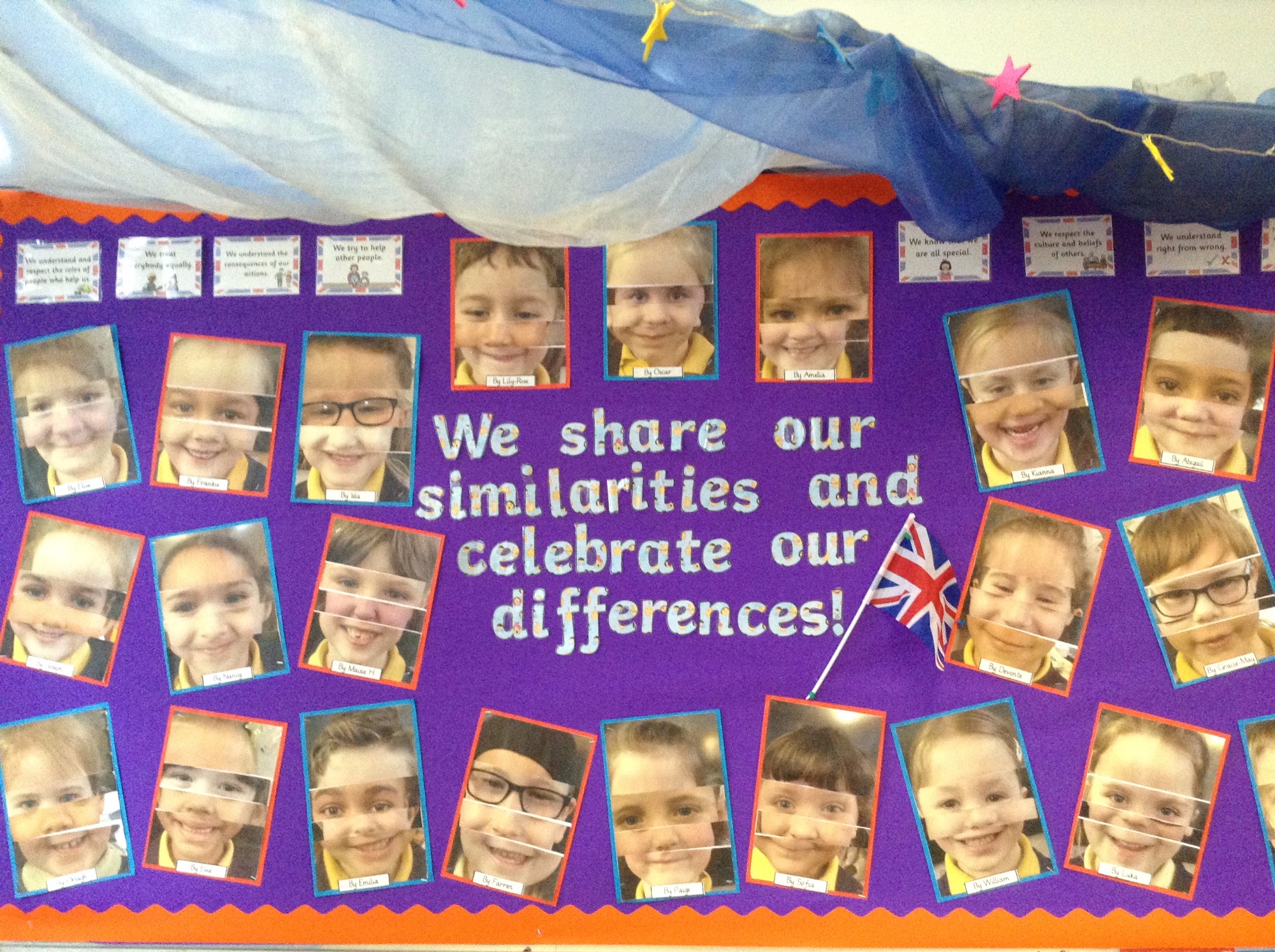 We took part in team activities and wrote a prayer to God Thanking him for all our differences.

We also had time to complete a ‘Lego’ challenge to show how tolerant we are of each other’s ideas in Year Two.

In Year Three, we explored different cultures and religions. We discussed different countries around the world and how they are different to Britain. We also talked about how diverse Britain is too

. We created artwork by collaging a variety of flags onto a world template.

In Year Four, we looked back into the history of the British Empire to understand why Britain today is such a diverse place to live. We wrote reports about the Empire and how it changed into the commonwealth that we have today.

We also created posters in small groups to show the variety of different religions that we have in Britain today.

In Year Five we focused on our multi- faith religion, which is Islam. We created our own ‘report style’ information books on the five pillars of Islam. We included hand drawn diagrams and artwork. During maths we used a programme called ‘inkscape’ to create translating repeated Islamic style patterns.

In Year Six we focused on stereotypes, how to recognise them and how they can be challenged. We studied a variety of texts ‘John and Ellen’s Day’ and used this as an introduction to what stereotyping means.  We used drama to depict discrimination scenarios and discussed the stereotypes within them.